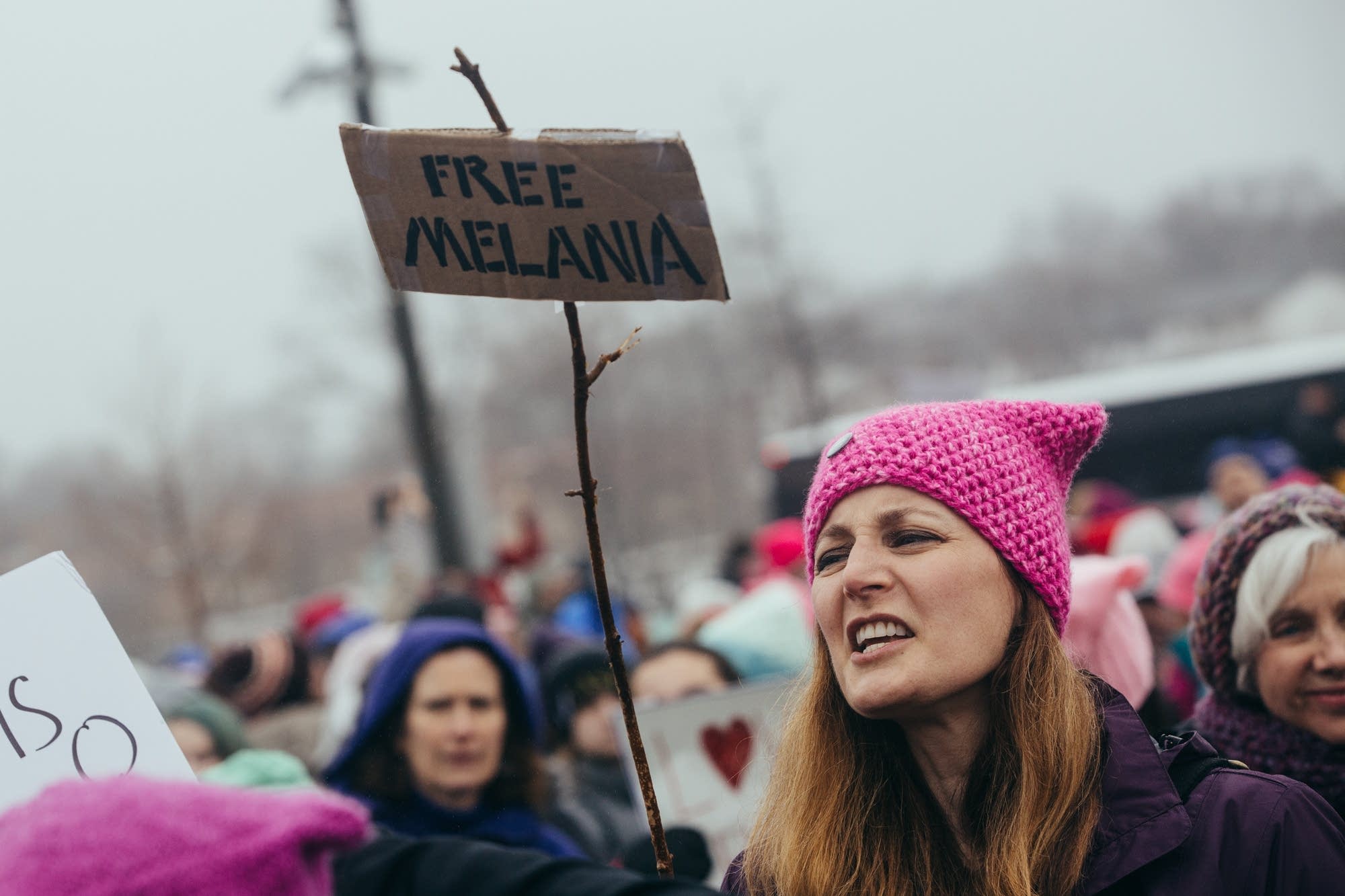 I am utterly confounded that hundreds of thousands of women today decided to put on knitted pink hats, holding signs of vaginas – some proclaiming their pride at having had abortions, spewing vulgarities and assembling in public spaces.

When, by the way, were women’s rights threatened? When did Donald Trump become a racist? What LGBTQ freedoms have been impinged upon? But today I watched Ashley Judd look like she was auditioning for One Flew Over The Cockoo’s Nest and when Bill Maher asked Jane Fonda if she was a sore loser she answered they didn’t have time to wait because of global warming. Democratic process apparently no longer counts.

As a woman you certainly do not speak for me. From the sidelines this looks like sheer lunacy. And I’m not even sure I’m a conservative any longer. I am with HIM – whatever party our new president represents.

Not to mention the unbelievable hypocrisy at the way Ivanka Trump and Kelly Anne Conway have been treated – accomplished businesswomen, wives and mothers dismissed to the sidelines, snidely mocked and objectified.

I’ve been told I don’t understand not having a daughter, that I’m a misogynist supporter for voting Trump. I’ve seen mothers of daughters who have multiple degrees and respectable corporate jobs posting on Facebook that our new president is a “fuck-tard”. And who feels comfortable giving small children pink hats and signs with messaging far beyond their years? We are not at the same cocktail party folks.

There is no evidence of a mandate, of new ideas, of emerging leaders. There is only bile and hatred for the new president and his family. There is certainly no introspection as to why they lost the election – the weakness of their candidate, the impracticality of their policy positions, the number of seats they have lost on a national and state-wide forum. They grieve for Obama – but cannot attest as to why. Or point to any notable achievements during his tenure.

Although it is tedious to bear I’m pretty certain they will only lose more of America as they cry over their lattes wearing their vulva shaped hats on solidly blue turf. What must the rancher’s daughter in Iowa or the single mother in downtown Detroit think of this? Division to this degree however is not good for the country.

I for one, whose business is on their fourth Obamacare plan am delighted to welcome the patriotic, family-oriented, hawkishly defensive, religiously respectful and fiscally conscientious new residents to 1600 Pennsylvania Avenue.

And perhaps we need to pull Dr. Ben Carson off of Housing and Urban Development to begin dispensing massive amounts of psychiatric medications to those who seem to have collectively lost their minds.